Welcome to "Women Making Waves, a series about amazing women who are forging their own path and creating their own stories. These are the women who inspire our designs and embody what Sixoneosix is all about!

1. Tell us a little about yourself?

Hi! I'm Anie. I am a pop artist based in Los Angeles. I'm proudly Cuban-Italian originally from Miami, FL. My family and I moved to a sleepy beach town called Melbourne when I was 5 and that's where I grew up. I moved to NYC when I was 18 to study performing arts. I got into NYC theatre during my time in NYC but quickly realized that music was always my passion, so I moved to Los Angeles where I felt like pop had a more vibrant scene and the rest is history! Now in LA for a year and a half or so and in strange quarantine limbo, I spend most of my time writing music, gardening, cooking/baking, and getting outside. 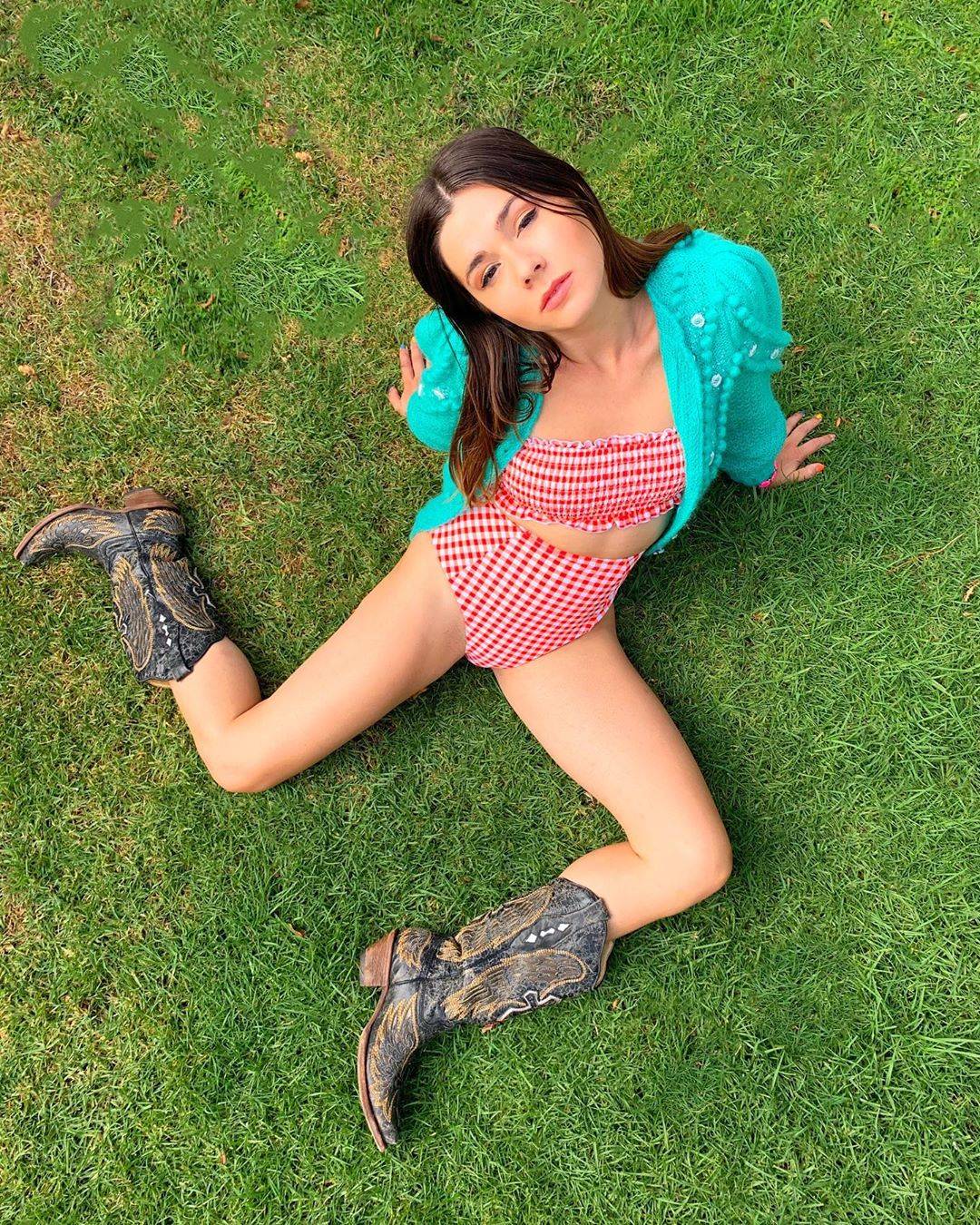 2. How long ago have you been in the music industry? What are some of the challenges & obstacles you’ve experienced in this industry?

Formally just about a year or two! When I was in NYC I gigged with an experimental rock band which was kind of my first taste of the music industry, but it was still really casual then. About two years ago, I started working with anyone I could to make music. I worked with a lot of different people until I found the right collaborators for my first official releases. Last year I released my first song Galaxy that was produced by PJ Bianco and Nick Lee. Since then, I have been working on my debut EP and I'm so excited to release it in the next few months.

Definitely the first challenge was finding the right collaborator(s). There are a lot of people trying to do music and you kind of meet every kind of person! There are a lot of people that are shady and you should avoid, but there's also a lot of talented, hard working people that may not be the right person to work with NOW. So, I went through a lot of trial and errors with collaborators until I found the perfect person to work on my debut projects with.

Another challenge, like in many industries, is the disparity that women face. Think about major pop icons like Taylor Swift and Kesha and the harassment and obstacles and in some cases abuse they face. The industry still very much feels like a boys club. Constantly, you are trying to prove yourself not only as a talented artist but also as a smart enough business woman to not get taken advantage of. I recently had a first hand experience with this. One of the owners of the studio I was working out of here in LA texted pretty vulgar stuff about my body to me on accident. He meant to send it to the producer I was working with (why, I don't know, either does the producer). He lied about it saying it wasn't about me until a few days later he admitted he lied. I cut ties with him and decided to continue on with his business partner who was mixing/mastering my album for the sake of not having to find someone new while we were halfway through the project. His business partner ended up constantly missing deadlines. I was super gracious and understanding about every excuse he gave me (people are quick to call women crazy when they are trying to enforce deadlines and agreements) until he missed a contracted deadline. I just felt like there was no respect for me with either of them and unfortunately had to cut ties completely. Long story, but I think it's important to share with other girls and women trying to pursue a career in music. You can be working your hardest, making your best music, and there will still be this obstacle. I say find power in community. Find a tribe of female artists, songwriters, and producers and support each other, share information with each other. Most importantly, don't be afraid to use your voice and don't be afraid of your power. When this happened to me a few months ago, I held back from sharing too much publicly because I was afraid of retaliation, but things won't change until we talk about it so I think it's important. I will also add that it's really nice when you find true allies in men in the industry. That was the case with the producer I was working with. He had my back every step of the way. 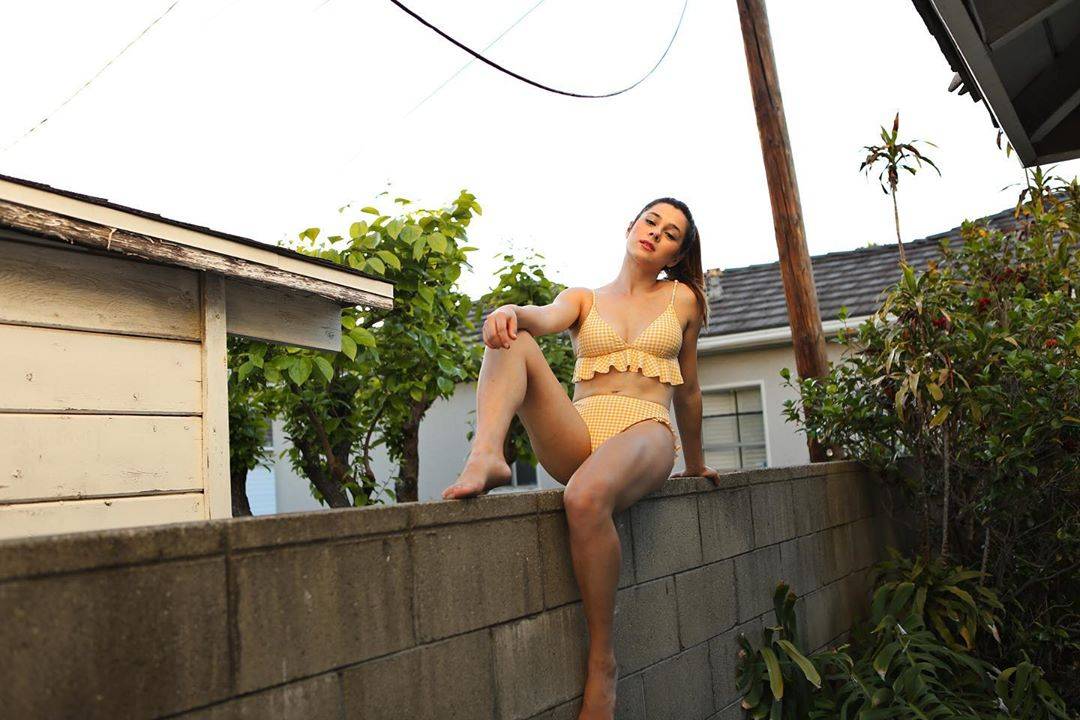 3. Any advice/tips for our Sixoneosix girls who want break into the music industry?

Most importantly, try to make music EVERY DAY. It really takes time to get good at it and it takes time to find your voice and your perspective once you do get good. Some days nothing will come, some days you'll hate everything you write, but the ritual of it all will eventually lead to that magic moment when you write something really amazing.

I would also say, really take time to vet the people you work with and always be clear on what the agreement is before you work with them. At the very beginning, I was so excited to collaborate with everyone and anyone that I didn't take the time to make sure every collaboration was mutually beneficial to me. Don't be afraid to ask questions and if you need to, write up an agreement so you know you're protected. Also, if someone offers you a contract READ IT CAREFULLY and get a lawyer to help if you can.

Lastly, this sounds cheesy, but believe in yourself. Even when you are succeeding in this industry, the smallest obstacle can sometimes feel like the end of the world. I've found that my belief in myself and that I have something valuable and important to say to the world with my music has kept me going. No one is going to work harder for you than you.

4. You mentioned that you grew up by the beaches, what kind of swimsuits styles are your most excited to wear?

Tie Dye is a major mood this summer and a big visual inspiration on my EP. My merch is tie dyed! I love it even more on a bikini. I also love the deep ocean blues that I keep seeing like this one.

I also am really inspired by 60s and 70s fashion so I am loving these two retro vibe bikinis (: 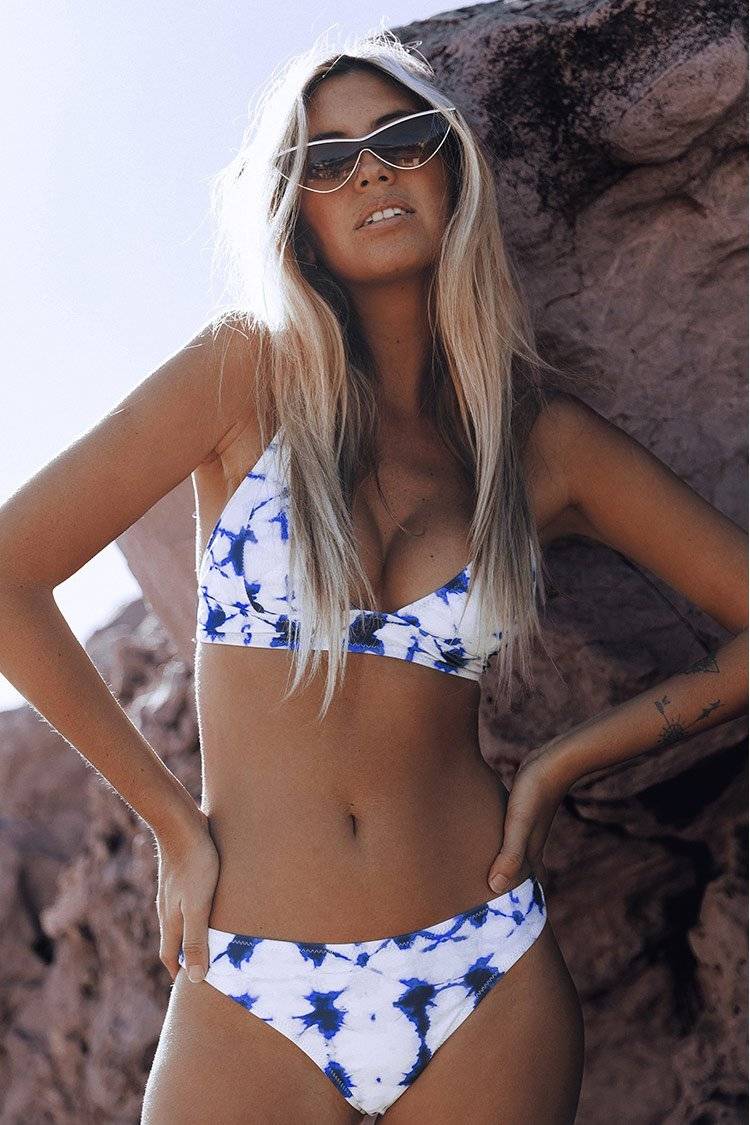 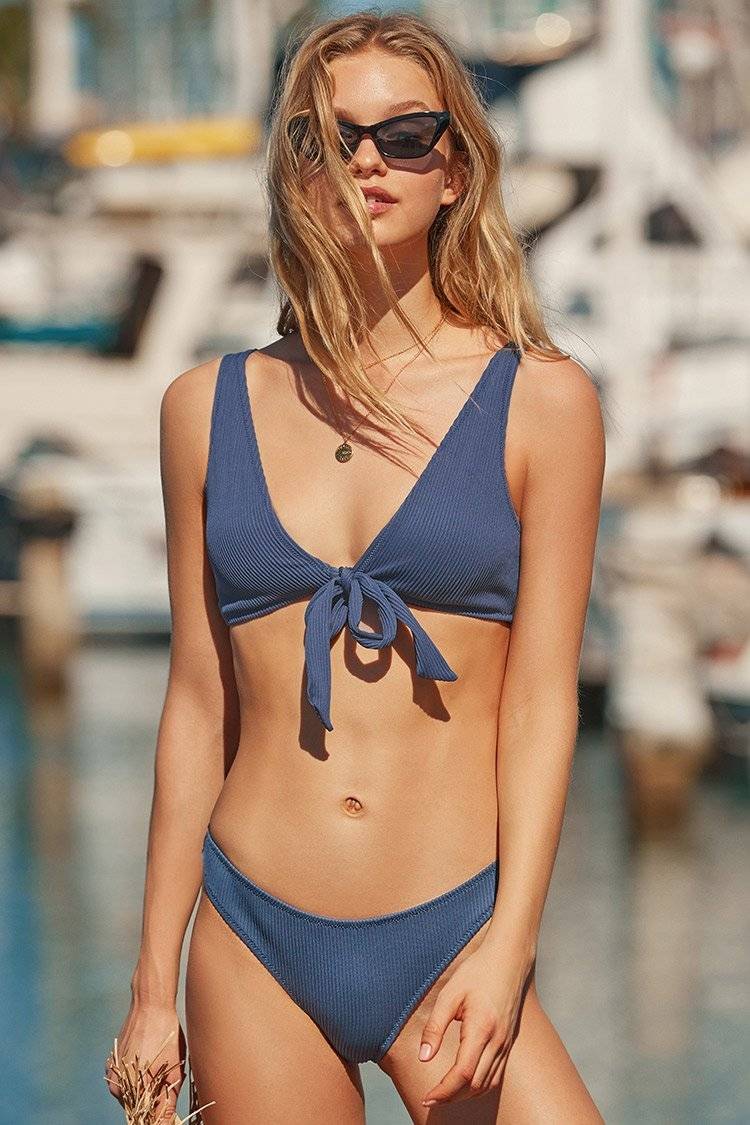 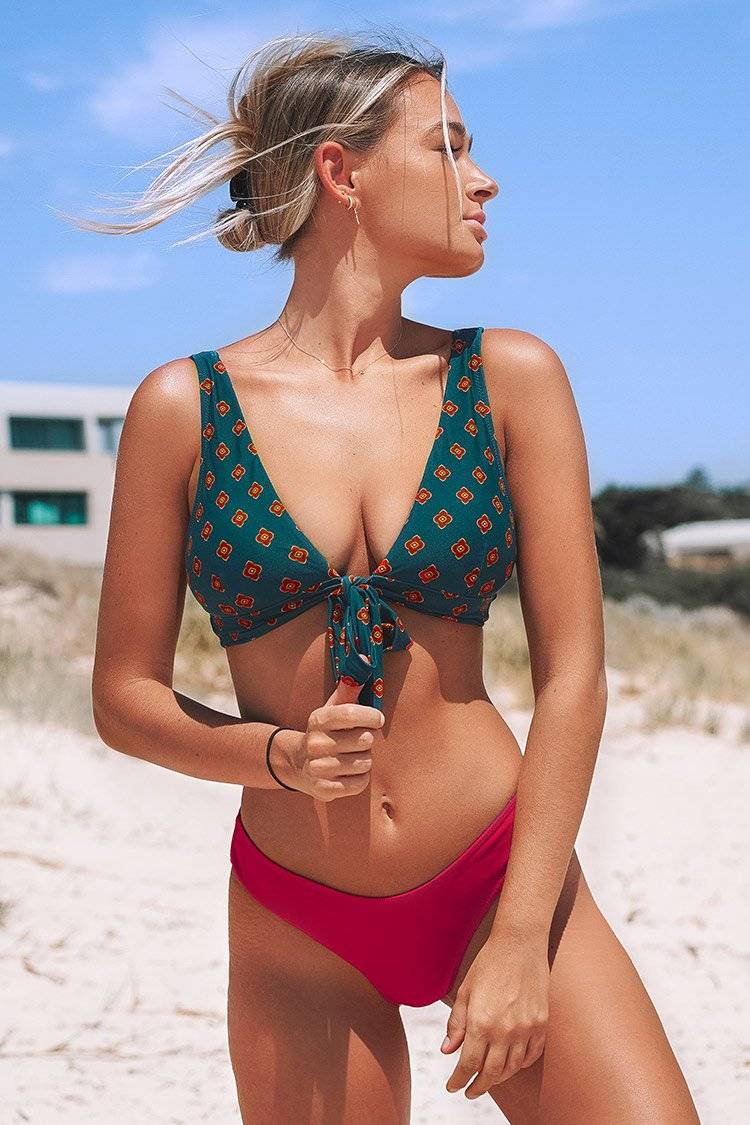 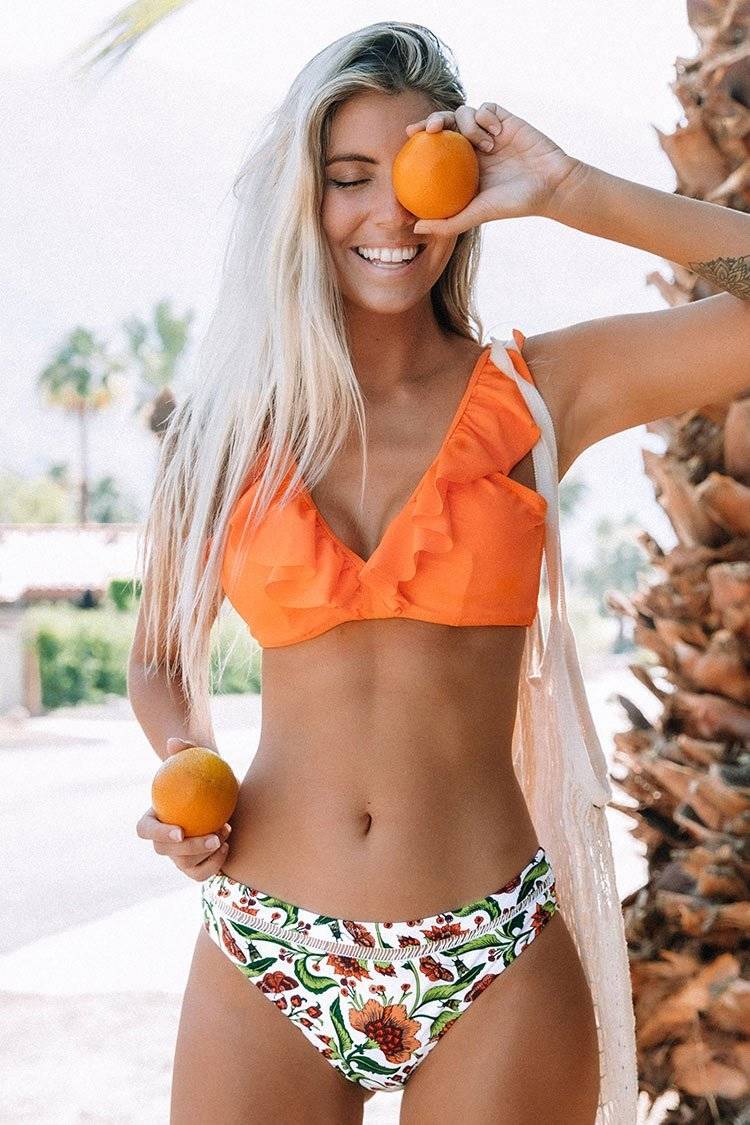 5. As living in LA, there’s no shortage of opportunities to wear a swimsuit. What are your favorite beach/pool hangouts in LA and especially during quarantine?

Yes! I love going where the people aren't so you'll usually find me up in Malibu if I have the time. I live in Santa Monica, so I also sometimes go to Will Rogers if I don't have a ton of time. There's always time to sneak a beach trip in (:

I also love getting away to Palm Springs for the weekend and can usually be found in the pool there.

Most recently in quarantine, I bought myself a glittery mini pool for my backyard and that has been a lifesaver and endless fun!

The Cutest Stuff to Bring to the Beach & Pool This Summer